«Years of wanderings» - a theatrical performance that tells about these less well-known periods of life , revealing the story of heroes, the story of the appearance of a work in his way – music and story. We will again look through the diaries and correspondence of the ingenious personalities in order to try to penetrate the secrets of their creative and spiritual quest.

The two giants of Russian music – Tchaikovsky, Rachmaninoff. Thought we know everything about them: the thousands of books, articles, biographies, dissertations. Extensive correspondence and diaries (luckely, they lived in a time when honor was a pen and paper). The memories of contemporaries, the memories of family and friends – tens of thousands of pages.

And yet, there are periods of life that are far less known to wide circles of fans. Tchaikovsky loved to do in Italy. In America and Europe was the second half of the life of Sergei Rachmaninoff. Foreign criticism of the crowned Russian geniuses much earlier and much more unanimously than their Russian colleagues.

Their women, their muses invariably appear on these pages, sharing with them the joy of victory and the enduring nostalgia for the homeland. 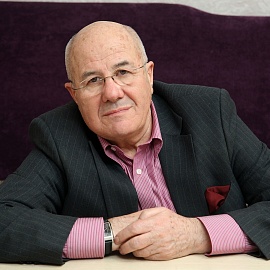