“SPECIAL PURPOSE PLATE” is a musical-historical multimedia production from the cycle “History through Music”. Its main characters will be the popularly beloved actor Leonid Kanevsky and the brilliant pianist Basinia Shulman. The program was created for the anniversary of the legendary Soviet pianist Maria Yudina and is built around an amazing episode of her relationship with Stalin - it becomes a prism that allows you to look at important events in our history and culture.

Art is inseparable from the context of time, and the era is created by individuals - this idea became defining for the creators of the project. Its uniqueness lies in the recreation of the context, time and geographic coordinates of a certain event, on which, like a string, musical works and the fate of the authors are strung. This thin thread ties history, music, literature and people into a tight ball.

Maria Yudina is a genius pianist of the 20th century. There is no musician in the history of performing arts whose work would be so closely associated with the presence of another person.

How did the presence in her life of such large-scale personalities as Prokofiev, Shostakovich, Pasternak influenced the fate and creativity of Maria Venyaminovna? ​​.. How did her performance affect Comrade Stalin?

Leonid Kanevsky will tell about this, skillfully immersing the viewer in the atmosphere of that difficult time, when sometimes only music and fearlessness of prominent people helped to survive and acquire moral guidelines.

The incredible story about the urgent night recording of Wolfgang Amadeus Mozart's concert No. 23 in distant military Moscow had far-reaching, truly mystical consequences.

A brave woman, a tyrant, cowardly conductors who are losing their orchestra from fear. Signs and artifacts of time, a unique chronicle of the middle of the last century, displayed on a huge screen by the technologies of the next century. Repentance and Forgiveness. The great poems of Boris Pasternak, persecuted by the official literature, which Maria read until the end of her days to friends, acquaintances, students, spectators, for which she was "excommunicated" from the stage and teaching ... And beautiful eternal music over all the complexities of temporary existence.

The pianist Basinia Shulman and the symphony orchestra will present to the audience works from Yudina's repertoire - the greats Shostakovich, Prokofiev and, of course, the 23rd Concert of Mozart. 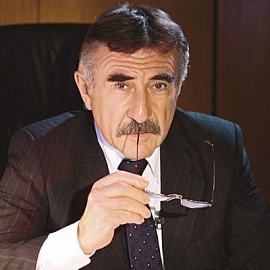