According to a story by Dina Rubina

Director: Denis Azarov
Lighting designer: Anton Morozov
Scenography and costumes: Vania Bowden
Musical drama «High water of Venetians», inspired by the eponymous story by Dina Rubina staged by young talented Director Denis Azarov. The play features music by J. S. Bach D. Scarlatti F. Liszt F. Mendelssohn and other composers, as well as the poetry of Joseph Brodsky. The story tells us about the main character, who comes face to face with an incurable disease and finds solace in the beauty of the «sinking city» of Venice, changing her perception of the world. To the first line comes the eternal and endless feelings of loneliness, of love, of humility and of approaching death. The development of the theme profoundly affects the viewer and leads him to the understanding of the urgent problems of mutual help and charity. It is important to note that «High water Venetians» will be one of the few productions of works by one of the most popular writers of modern times Dina Rubina.

Is a bright example of the famous Russian piano school. Born in Moscow, she studied in the renowned Gnesin School and then in the Moscow State Conservatory named after Tchaikovsky (class of the outstanding pianist, professor Eliso Virsaladze), followed by postgraduate studies in the Brussels Conservatory under the direction of Eugeny Mogilevsky.
Basinia Shulman is a laureate of international competitions. 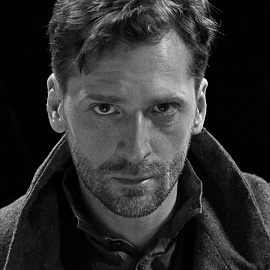 Vladimir Koshevoi is a Russian theater and film actor who became famous for the TV series Crime and Punishment, Gregory R., The Stone Heart, and many others. He came in with the third attempt, starring and in a flash in the episodes.

The filmography of Vladimir Koshevoy began to be filled when he was still studying at GITIS. The young actor starred in several film projects in which the drama “Instead of Me” with Oleg Strizhenov and Sergey Bezrukov, detective “Maroseyka 12” and the historical film “Secrets of Palace Revolutions” deserve special attention. Russia, XVIII century ". Congratulations between films and the films "The Moon at the Zenith", in which he portrayed Lev Gumilyov, the husband of Anna Akhmatova. 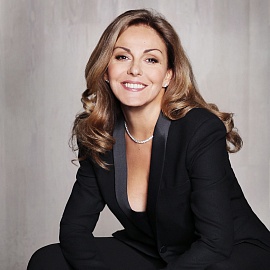 While still a student of GITIS, she has established itself as an extremely gifted artist. Acting on «Armenfilm» from her 17th, nineteen-year-old age, she played a major role in the film-Opera «Anush».

In 2000-ies Sati Spivakova became a successful TV presenter and author's own programs - «Sati» on the First channel, the «Camertone» on the  «Culture» channel. During last four years she has the musical-educational talk-show «Non-boring classical». This program won a prestige television award «Tefy».

Recently Satie returned to the cinema , starring in the films of Renata Litvinova  - «Rita's Last fairy tale», «Girl  with the box».